Presented by Dr Jordan Nguyen. Written and directed by Wain Fimeri. Produced by The Feds.

‘★★★★
If you watch one thing this week let it be this two parter – it’s just wonderful…
I loved this.’ — Clare Rigden, Herald Sun

This is the story of Jordan the biomedical engineer, and Riley the 13-year-old student and computer geek who was born with cerebral Palsy.  Riley’s in a wheelchair. He speaks with the aid of a computer that he controls with his eye movements. The only voluntary movement Riley has is his eyes.

Jordan and Riley develop a technology that responds to Riley’s eye movements so he can control things in his home, like turn on a TV, or operate a light switch. It’s like giving Riley telekinesis, a superpower.

What follows is a wild, funny, frustrating, and amazing ride with a small bunch of brilliant young electronic and software designers.

First they have to figure out a way to capture the tiny bio electrical signals generated inside Riley’s brain when he moves his eyes. Then they build electronics, and design software that harvests those signals and then Riley does something he’s never done before. He switches on a light, operates some fans, and switches on a TV, but Riley being Riley, wants to do something else. Riley wants to drive a car. 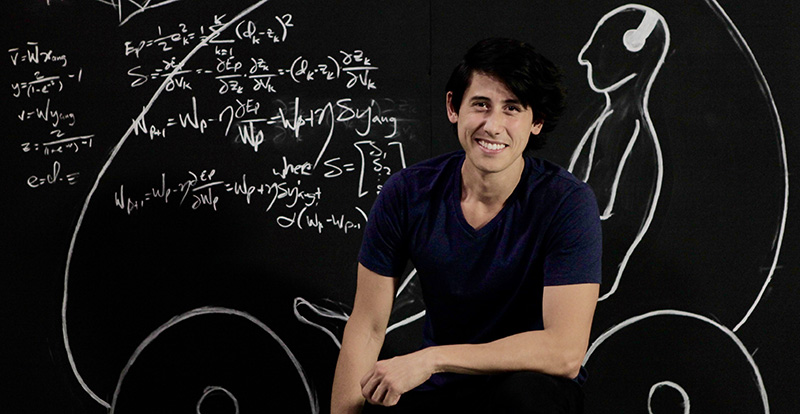 Jordan and his team adapt a small wicked little dune buggy to operate with the technology they’ve designed for Riley and our wild, funny, frustrating, and amazing ride gets better as Riley powers the dune buggy at top speed through a specially constructed obstacle course.  The technology works. It proves the mettle of everyone involved and points to a future where we might all become Superhuman.

‘Dr Jordan Nguyen arrives on TV with the easy charm of a natural and sets himself a laudable task. His project blends science and technology with experimentation….There's a spirit of enthusiastic discovery here that recalls Mythbusters and, through Riley, the personalisation of a story that illustrates the way in which inventive thinking can be deployed to improve lives.’ — Debi Enker, Sydney Morning Herald